Tszyu vs Charlo: The WBO has ordered Jermell Charlo to defend his super-welterweight title against the undefeated Tim Tszyu. That means Tszyu’s first world title shot will feature all the belts on the line. Charlo is considered one of the best pound-for-pound boxers on the planet and represents a significant step up for the son of former undisputed super-lightweight champion Kostya Tszyu.

The 32-year-old recently completed the set at 154-lbs when he claimed Brian Castano’s WBO strap off him with a 10th-round stoppage.

Tszyu, 27, now has the chance to follow the lead of compatriot George Kambosos, who will put his belts on the line on Sunday against Devin Haney, to become a world champion and follow in the footsteps of his legendary father, Kostya.

Tszyu’s promoters No Limit Boxing confirmed the fight isn’t likely until the back end of the year, with the location looming to be in the USA. 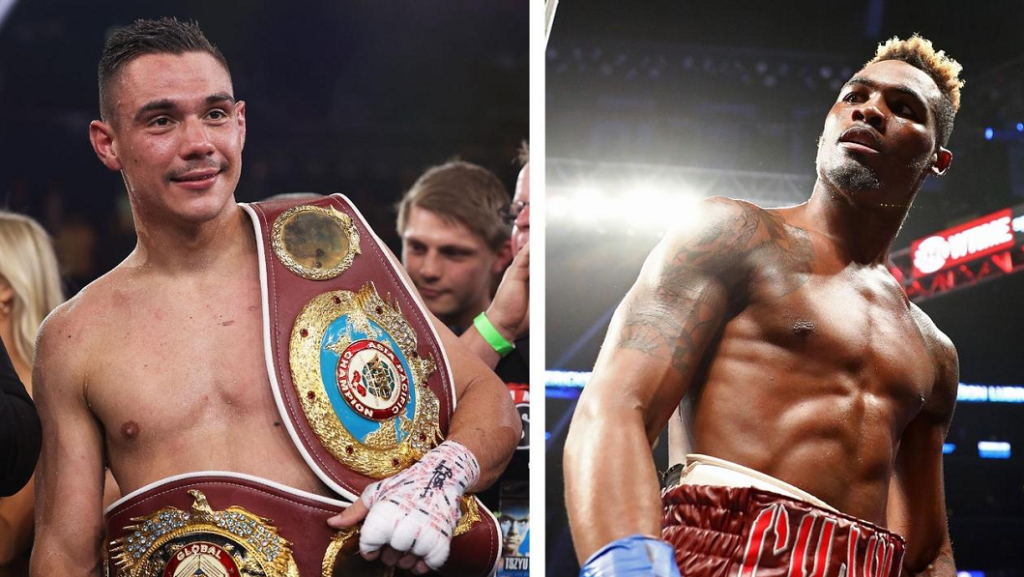 “Obviously him (Charlo) being the undisputed champion, all the cards are in their Favour,” No Limit Boxing CEO George Rose told Fox Sports News.

“Where we’re at at the moment is we’re pushing an Australian or US location. We’d love it in Australia, obviously they want the US location and if it is in the US we’d be pushing for LA or Las Vegas. I think the likely timing of it would be October-November.”

Tszyu was ringside in Carson earlier this month to see Charlo avenge his controversial draw against Brian Castano from last year.

The Australian was left livid when his cocky American rival taunted him by saying he wasn’t worthy for a chance of his four-belts. Charlo called the ambitious Australian as “Tim Kostya Tszyu” – a not so subtle dig at his rival.

Where will Tszyu vs Charlo take place?

At the moment, we know the fight is in Las Vegas – but the exact location hasn’t been revealed.

Tszyu confirmed on Thursday that he’ll have his camp in Las Vegas, where the fight is due to take place.

“I’ll be basing my camp there (in Vegas), I’ll be there for two months,” Tszyu told reporters.

“All four belts. This is as big as it gets.”

In 37 professional fights, Charlo has only ever fought on home soil or in Canada and was never likely to put all his belts on the line in Australia for a fight with Tszyu.

What time is Tszyu vs Charlo?

The event is due to begin at 8pm local time which is 11am AEDT.

A three-fight card has been put together featuring two ten-round bouts ahead of the 12-round main event.

Depending on how long the earlier fights last, Aussie fans can expect Tszyu and Charlo to step into the ring around 2pm AEDT (subject to change)

How to watch Tszyu vs Charlo in Australia?

The much-hyped US debut of the Aussie will unsurprisingly be aired live on pay-per-view in Australia. Fans will be charged $59.95 to purchase the event through Main Event.

Foxtel’s Main Event will broadcast the fight, kicking off coverage at 11am on January 27.

Aussie fans without Foxtel can still purchase the fight through streaming service Kayo.

Where is Tszyu vs Charlo?

Not in Los Angeles as originally planned, Tszyu will be making his US debut in Minneapolis, Minnesota.

The fight will take place at The Armory – an historic 8,400 person capacity venue in the downtown Minneapolis.

Tickets for the event are on sale now through Ticketmaster or through the venue here.

Get yours here, starting from US$25. 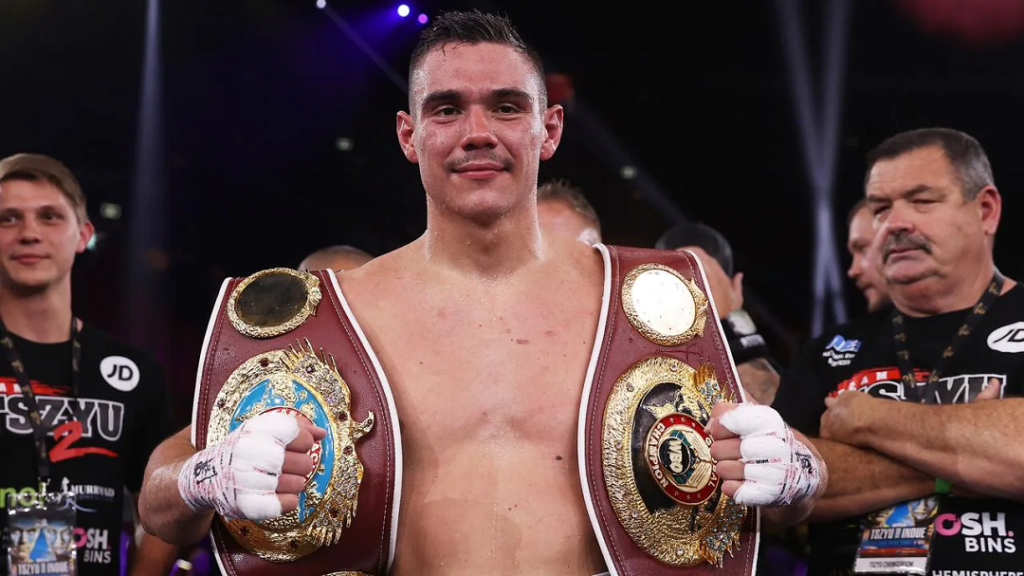 Ofcourse we’ll have to wait to find out that one.

Expect Charlo to go in as a warm Favorite, having taken out a host of the division’s best.

The only blemishes on his record a loss to Tony Harrison and a draw with Brian Castano were both avenged with knockout victories in the rematches.

Charlo is a devastating puncher and showed brilliant timing and ring IQ to defeat Castano in May.