Big-time boxing will return to the Gold Coast later this year when Australia’s golden boy of the ring Tim Tszyu takes on Takeshi Inoue on November 17.

The Gold Coast Convention Centre will play host to the fight which Tszyu admits is the biggest test of his career to date.

Tszyu is 19-0 in his professional career and has risen the super-welterweight ranks to put his name in world title contention. 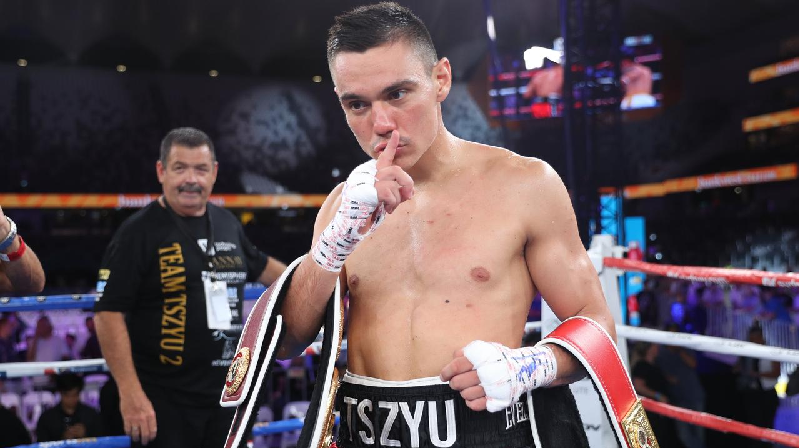 As the current mandatory for Brian Castano’s WBO title, Tszyu could have sat out and waited for his shot, instead he’s taking on former world title challenger Inoue (17-1-1).

The pair faced off in a virtual press conference on Thursday, with both fighters promising fireworks.

“Tszyu is a very good fighter but I’m very confident in my ability,” Inoue said.

“This is an exciting opportunity for me to make a mark on the world stage and I truly believe I will finish Tszyu with a knock-out in this fight.”

Tszyu, who has finished his last five opponents, said he was keen to put on a show.

“Inoue is a very accomplished and talented fighter.  He is crafty in the ring and like all Japanese boxers, very brave,” Tszyu said.

“He will need to be though because I know he has never fought anyone like me before.

“I’m putting in the hard work now and come fight night, I’m going to be ready to show the world once again just what I can do.”

Despite spending plenty of time on the Gold Coast, it will be Tszyu’s first fight in Queensland since 2018.

“The Gold Coast is a sports-lovers paradise and we are delighted to have the opportunity to bring Tim Tszyu back for this blockbuster event,” No Limit Boxing’s George Rose said.

“Tim has a lot of fans in Queensland and with a large Japanese community also based in the Gold Coast region, this is certain to be one of the biggest events of the year.”

Gold Coast Mayor Tom Tate also spoke of his excitement about bringing the bout to boxing fans on the coast.

“We are a big events city and this fight fits the bill perfectly,” Tate said.

“Tim is our adopted son. He loves being on the Gold Coast when away from Sydney and he has established our city as his second training base.

“I applaud promoters and Major Events Gold Coast for bringing this mega fight together. I’ll be ringside when the bell rings.”