Tim Tszyu has finally secured a fight, stepping into the ring on November 17 to take on Takeshi Inoue.

No location has been set for the bout at this stage, though Queensland is currently in the box seat to host the event.

The 31-year-old Japanese fighter represents another step up in competition as Tszyu continues to make his case for a title shot.

Inoue (17-1-1), no relation to pound-for-pound no. 1 contender Naoya Inoue, is ranked seventh with the WBO, his only loss coming by decision to then-champion Jaime Munguia in a 2019 world title fight. 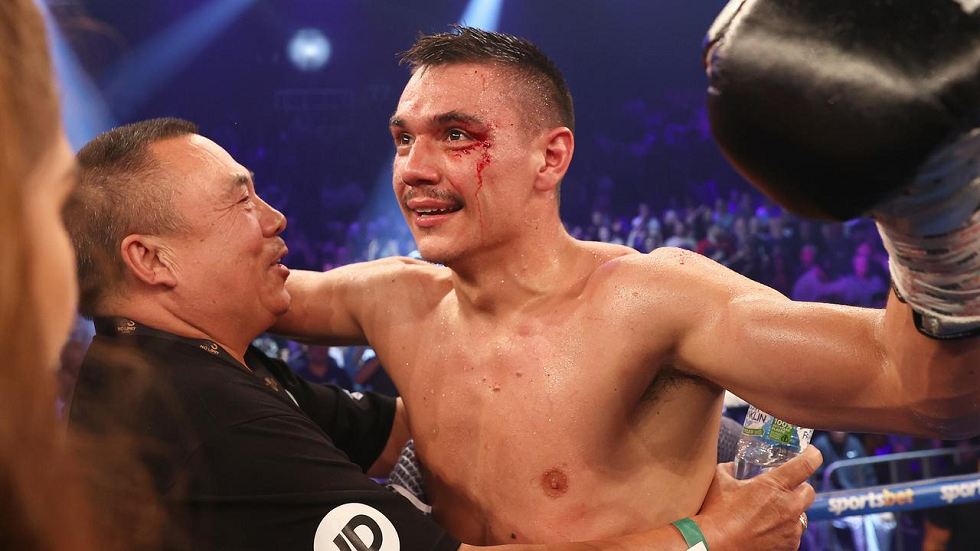 “That’s what I was looking for, someone not from Australia who’s been in there with a world champion before, which is going to be a good test.”

Already the mandatory challenger to Brian Castano’s WBO world title, Tszyu could have sat out and waited for the champ, instead he’s risking it all in order to keep active.

“Nah I’m not that type of guy. I like to fight and keep myself going,” he added.

Tszyu, 26, has put together an impressive 19-0 professional record, finishing his last six opponents and becoming the face of Australian boxing in the process.

Despite his profile at home, Tszyu has been unable to secure a fight with the big boys at super welterweight.

Castano and WBA, WBC and IBF champion Jermell Charlo recently fought to a draw in their title unification bout, not helping Tszyu’s chances of getting a shot at either.

Tszyu then appeared to be on track for a fight with former WBC champ Tony Harrison, but he says the American’s “unprofessional” team couldn’t get that one over the line.

With the Inoue bout now locked in, Tszyu says fans can expect fireworks.